You may not know this about me, but I used to be a lawyer. Well, I still am a lawyer, but I don’t practice anymore. But there was a time when all I wanted to do was defend criminals. Not because I had a warm and fuzzy for lawlessness. Actually, it was the opposite: I had a fierce love for the Constitution and what it guaranteed to every single one of us.

The first jury trial I ever tried (as my young, inexperienced-self) was defending a nineteen-year-old man who was caught drinking underage in a bar with his parents when the police raided the bar. The officer charged him with downing a few beers underage (a misdemeanor) and allegedly assaulting him in scuffle, which was a felony. Gasp.

Then the case really got interesting…

The morning of the trial, I paced in the bathroom on the third floor of the courthouse—my stomach swimming with anxiety. What if I forgot my opening argument? What are the rules on hearsay? OMG. What if this kid goes to jail because I didn’t do a good enough job?

When I walked out of the bathroom my mentor was standing outside the courtroom waiting for me.

“You’re lookin’ a little green in the gills, young lady,” he said in between drags on his cigarette. (You could smoke inside public buildings then. Again: What?!)

I nodded ever so slowly as to not further agitate the storm brewing inside me.

And then he gave me the BEST advice.

“Every time I go to trial, I feel like I’m going to puke. Every single time. And the day when I stop feeling like that, I will stop being a lawyer. Being a lawyer is all I’ve ever wanted to do. And everything about it matters to me. Life is too short to spend your days doing something that doesn’t make you feel alive, like what you do matters.

I’m not sure I agree about the throwing up part but I got his point:

It’s about doing what matters…to you.

Whatever it is. That could be baking pies, catching fish, trading stocks, or defending death row inmates. Whatever it is, make sure it matters to you–not anyone else. It does not matter what anyone else thinks about you and your work. Whether they think you’re good or bad or that you make a difference in the world.

All that matters is that it matters to you.

After many years of practicing law, I knew it didn’t matter as much to me anymore. I was edging close to forty years old, and all I could think about was pursuing a dream I’d had since I was six: to write books.

Back then I wanted to be the person who put words on a page that made people happy. I found an old typewriter under my mom’s bed and typed words that didn’t make any sense. The lady who lived in the apartment upstairs was a bookworm and she thought it was so cute that I wanted to be a writer that she even popped the lenses out of an old pair of glasses and gave them to me to wear when I wrote.

I pocketed that dream of writing after my mom died when I was twenty four. I adopted my nine-year-old brother and raised him. I knew that I’d need to make a consistent living if I was going to support us, so I took my love of history and the Constitution and set out to be a lawyer.

With my brother grown and my dream of writing unfulfilled I became obsessed with the idea of writing but would never actually write anything. I suppose it was fear holding me back and an old story about my lack of value and that I actually could do something rich and meaningful with my life.

I was terrified of trying the thing that I most wanted to do. And after a year or so of spinning in this nonmovement, my stomach began to ache. Every day it was tight around my solar plexus, restricting my breathing and causing me terrible digestion problems.

I tried everything to get rid of the pain, except the thing that would really make it better––releasing my fear and my angst and starting to write

And so the pain persisted. But when the pain of not writing became greater than the pain of writing, I did a deep dive into healing my past traumas. I did breath work and past life work. I meditated and prayed. I did the hard work of acknowledging my past stories and untangling them. I got down to the root of my fears and the false narratives I told myself about what I was worth and how joyous my life could feel.

I also began to write. To put my dreams into action. Little by little. And guess what? With enough time and with enough action, my stomach pain eased and my stories of redemption and resilience came to life.

So did my blog. My website. My social media pages. And my book! Yes, my book will be traditionally published within the next year. Hooray!

So you see, with some deep inner work, there turned out to be so much beauty in those old traumas, so much I had to be grateful for. They brought me to a deeper place, a more hopeful place where love and joy are always accessible if I so choose. They brought me to a place of emotional freedom where I can write and do everything I’ve ever dreamed of.

And so can you. Truly.

It doesn’t have to be that way. In fact, it’s meant to be the exact opposite. You’re meant to do what matters. To feel like who you are and what you do matter.

So tune in and take account of what matters––to you. Because like my cigarette smoking mentor told me back in the late 90s, “life is too short to spend your days doing something that doesn’t make you feel alive, like what you do matters.”

And nothing matters more than you and your happiness. 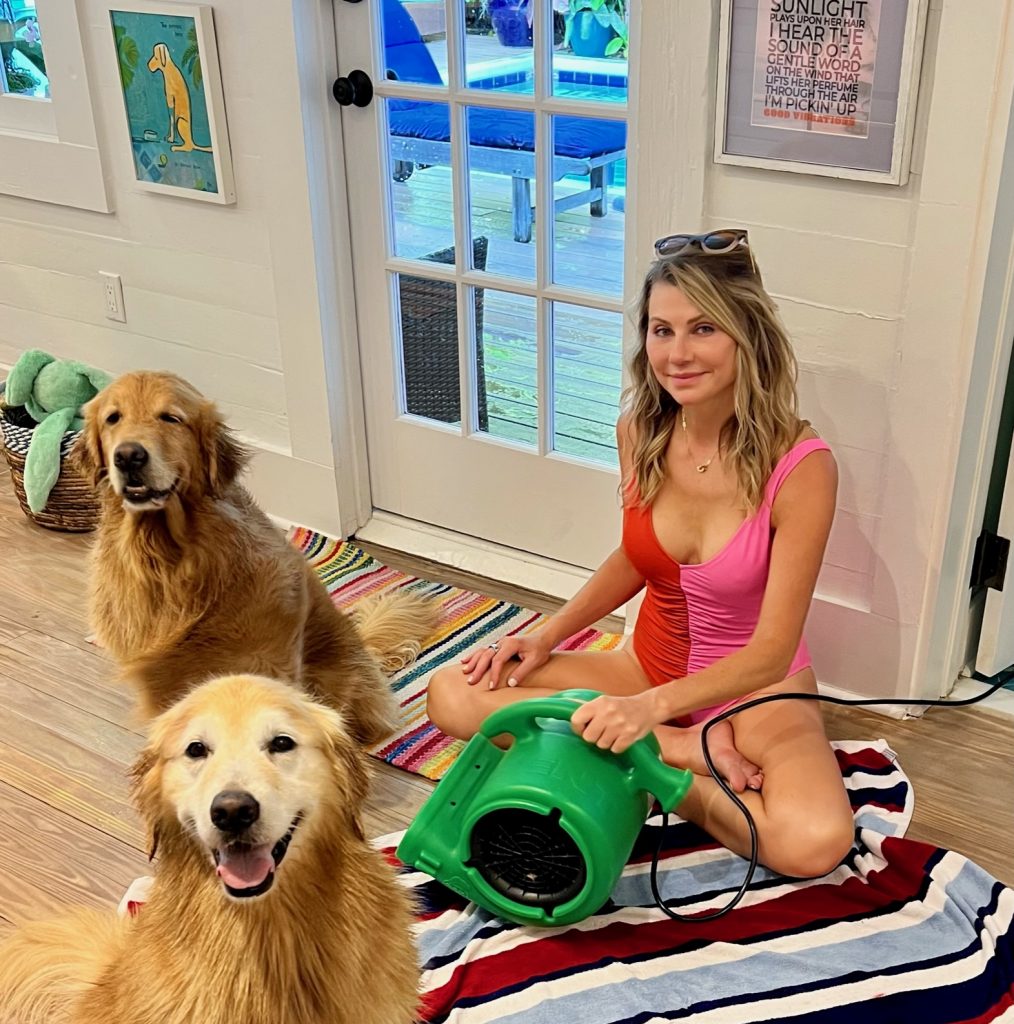 The Body Image Checkup: How to Love Yourself More

For those of you who have been reading along over the past few months, you know that when I was twelve my dad went to prison. You also know that my Christian school wasn’t too fond of my dad being a criminal. They didn’t believe that the daughter of a felon should be the valedictorian,… 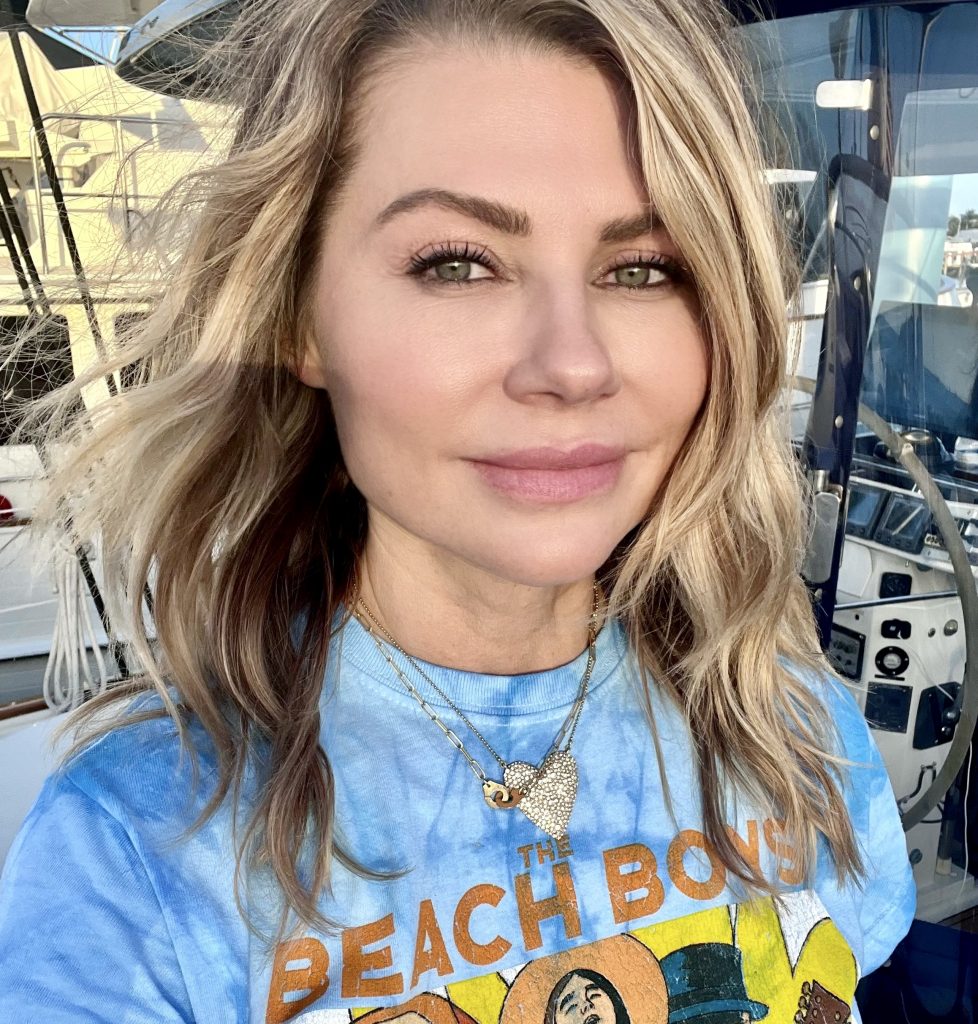 Lately my husband David and I have just been co-existing. We’re walking around the house like co-workers. Like roommates. Like people who have too much to do. We both woke up at 4:30 a.m. recently and couldn’t fall back to sleep. Truth be told, it was more me nudging him and prodding, “Are you awake?…